It’s time for the new release!

Today we have deployed the final release of Spring 2021. I want to recap some major new features introduced in the past three months.
Barcode scanner – available for Lite and Pro users, allows verifying the barcodes on your designs.

This month we concentrated on Approval Studio performance. Making our system richer with the new features, it was inevitable that Approval Studio was losing its lightning speed. So, we spent the month making the system faster than it has ever been.

Faster task creation, faster dashboard response, faster project sorting. And you know what? While working on optimization, we’ve come up with another great idea. It’s a secret for now. But you will see the results quite soon. Stay tuned to find out more.

As for the previous big secret we announced in the release notes at the beginning of the year, it’s time for the cards out. There are no big announcements this time. We want this feature to be available only for those who read the release notes. At least for now.

That’s it for today. Don’t hesitate to contact the Approval Studio Client Support team if you have questions, need any assistance, or have new ideas on how to improve Approval Studio in our next release.

With love to our release notes readers,
AJ 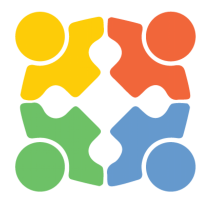