“Oh, come on, why on earth do you think you would have to explain artwork approval to anyone at all? It sure sounds pretty self-explanatory, and there is not so much to dwell on.”

Are you sure, though?

First of all, I’m glad the grandparents part doesn’t surprise you at all. As for the self-explanatory thing, well… both yes and no. It is self-explanatory for someone who works in the design industry and constantly faces its problems, learning them inside and out. However, not all our grans do so. Besides, even if they do, sometimes people might think of problems as not of something they should get rid of but as of a completely normal part of the workflow design. In other words, they don’t know they have a problem until they are shown a better way. And that is kinda… weird?

Why we need to explain it

First off, some grandparents are not always sure such thing as artwork approval even exists as many people tend to simplify it to like/dislike judgment. It’s like your grandma saying she doesn’t like how skinny you look when you’ve actually put on some weight. “Oh, don’t argue with me, child. Let’s go, I’ve made you some pancakes. I know you’re hungry”. Don’t argue, designer, I just know you can do better, so go draw something!

Still, there’s a huge difference here: pancakes are awesome, especially with jam. Having to redo the whole design project because of some unknown reasons is not. Getting your artwork rejected ‘just because’ is like ordering a pie and finding it has no filling (yes, I totally stole that line, and I’m not even ashamed). What do you do with it then – who knows? You can still eat it, but it doesn’t taste so good, and neither does such a design review.

Or take another angle on the same thing and imagine you’re playing chess with your granddad. Would I know how to use various combinations and strategies if he didn’t explain them to me? Nope. Would I know that the pawn can become whatever you want when it reaches the other end of the board? Nope. Would I know that a king in this game is a pathetic, miserable piece of a coward that always feels threatened and has almost no use because you constantly have to defend him from the enemy’s queen that wants to checkmate him? I feel like I overdid it a bit, but nope, I wouldn’t know.

That is why artwork approval in itself is about explaining everything and answering questions – what, why, how, and dozens of others. And, just like your grandparents taught you things they know about the industry they are familiar with, you have to teach them some new tricks as well. And, in the world of design, telling your older folks why they need an instrument for design approval is a very common thing.

The first thing you need to establish is that there’s nothing complicated about artwork review. Our grandparents have hard times getting into such tech because it’s totally unknown to them and because they think it complicates things, while the reality is quite the opposite. So, a ground-rule number one – there’s nothing complicated about it, and it’s your task to keep it that way. Whenever you have a conversation explaining to somebody how this new thing works, keep it straightforward: “Well, you just upload your file to the project and share it with other people who can highlight what they like and what they don’t.”

Naturally, any experienced grandma will instantly ask you: “Why don’t you just email it to them or send it via the messenger? I do it all the time, nothing problematic either”. Now, I’d suggest frowning your brow like a grumpy grandpa would do and reply with a question: “Yeah, but how long does it usually take to clear all the issues that do not fit the creative brief and make it understandable to the designer. I mean… don’t you want to do it faster”?

Here’s where the interesting part begins because the problem starts to come out. Sending everything back and forth causes lots of misunderstanding in creative collaboration because the traveling route of the file usually looks like this:

Grandma says that aye, it’s a rather long chain of messages, but some of these can be cut out cuz you, let’s say, can put designers to CC or make them communicate with their client directly. Or make group chat; what’s wrong with that?

You can totally do it, sure. But does tracking what is actually happening become much easier for a project owner, though? Nope, not much. Especially when you have to count hours, establish deadlines, control how many versions were made, how many change requests, and so on and so forth. You are getting paid for it, after all. And after realizing that, even the grandpa who simply loves playing some table tennis will nod understandingly – the game is fun, but no one likes to be the ball.

And what if it’s a two-versus-two match? What if you have several grandparents reviewing the file, and you have to gather all their comments? And also, they might send at a different time of the week because they have other things to do – angling, knitting, chilling with mates in a garage with a beer, reading their papers, or playing The Last of Us: Part II on their console. Or they might not notice the email. And then what?

I’ll tell you what happens: proofing becomes complicated. You still can do it, no doubt, but in reality, it should be much simpler.

No such thing as anything fixing itself. The pancakes will still be dry and chewy if you don’t measure your ingredients correctly, the car won’t turn itself on if your engine is dead, and if your fishing rod becomes rotten, you gotta get a new one. All the better things come with a change.

So, to avoid misunderstandings, you have to stop collecting your feedback into a big feedback basket manually. Instead, make all of it go there on its own by organizing a project better and make sure everyone follows the recipe.

Naturally, it involves using design approval software. It helps untangle the email chains that our grandparents still stick to and divide the responsibility for the project and tasks the way they should be divided. Everybody can stick to what they do best when everything is organized. If something fails, you will know how. If something goes wrong, you can trace what and when. If one of your grandkids paints the walls in the kitchen with new markers you just bought them, you will know exactly which one of the tykes did it. Project history and project report remember everything, so be careful, kiddos!

So, let me come back to the very beginning for a sec and remind you that the whole concept of online proofing can fit into one sentence: “Well, you just upload your file to the project and share it with other people who can highlight what they like and what they don’t.” As easy as that. All annotations stay in their place. Newer versions can be compared with older ones. AI can highlight the changes for you to check. The process that could take a week can be finished instantly, significantly reducing stress, saving reputation, time, and money so that you could travel to some beautiful island like Italian Sicilia to have some good and well-earned rest.

What was that all about?

Of course, it’s about making your pancakes right!

Modernization is happening rapidly in all spheres of life, feedback design included, and there are no two ways around it. Every industry changes. Every company wants to be faster, better, smarter than opponents. Artwork approval software is the thing that can help them achieve it, and rejecting this thought means to slow down in a race. Design and visual imagery are literally everywhere where you look, everything was designed by somebody, and every mock-up has to be approved by somebody. If you want to do some fast quality work, the art approval tool is the only correct answer in this crossword puzzle.

In the chain I was talking about, almost anyone can be a grandparent: designer, project manager, creative reviewer, or basically any other stakeholder that takes part in the workflow one way or another. The trick is to explain that some things change, and emails and messages will not keep up with the industry tempo for long – just like physical letters, for instance. That is why my 80-year-old grandfather, who used to play chess with his friends from other cities via letters or phone calls, now owns the game via the Internet and kicks some serious butt. 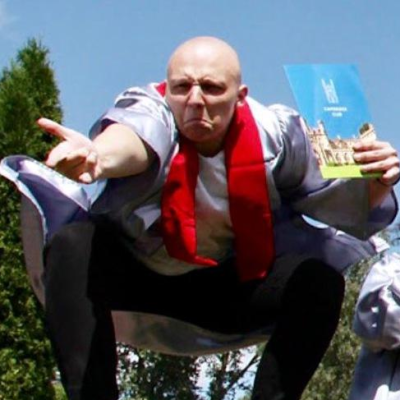