Monotype company that owns rights for Helvetica font family has revealed Helvetica Now – redesigned fonts for the digital market that reimagine one of the most popular typefaces ever. This is the first Helvetica design update in the last 35 years, the previous one was called Neue Helvetica.

New Helvetica font bundle called Helvetica Now and contains 48 fonts available in 3 optical sizes: Micro, Text, and Display. Monotype claims that every character has been redrawn and refit, adding a variety of useful alternates. A whole new sandbox for graphic designers to play!

For personal use, you can download Helvetica Now Display Black for free, or purchase the bundle for $299. In case you need some specific font from Helvetica Now bundle it is available for $35.

Helvetica is one of the most popular sans-serif fonts developed in 1957 by Swiss typeface designer Max Miedinger, Up till 2015, Apple used Helvetica as the primary font in its iOS. Monotype owns legal rights for Helvetica since 2006 after purchasing Linotype company.

Here is the r/indesign`s post on Reddit where you can see some alternatives people use to Helvetica.

You might be interested in how you can use this new version of Helvetica – here is the article on official site.

10 Major Trends in Graphic Design
What is the main cause of a headache in creative direction? Nick Schön's vision
Remote Collaboration In Design
GoVisually or Approval Studio? What proof tool to choose? 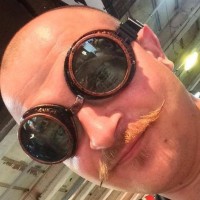